Until just yesterday, no society–monogamous or polygamous—had defined marriage as anything other than a male-female union. With clear and cogent arguments, What Is Marriage? explains the rational basis of this historic consensus. It defeats the arguments for recognizing same-sex partnerships as marriages and shows how doing so would harm the common good.

Originally published in the Harvard Journal of Law and Public Policy, this book’s core argument quickly became the year’s most widely read essay of more than 300,000 scholarly articles posted on the Social Sciences Research Network. Now expanded to address a flurry of prominent responses, What Is Marriage? stands poised to meet its moment as few books of this generation have. If the marriage debate in America is decided in the next few years, it will be either with this book’s help, or despite its powerful arguments.

Rhodes Scholar Sherif Girgis, Princeton University professor Robert P. George, and Ryan T. Anderson, editor of the online journal Public Discourse, provide a devastating critique of the claim that equality requires redefining marriage. They point out that any assessment of what “marriage equality” demands depends on first determining what marriage is—what sort of relationships must be treated as essentially the same. They defend the principle that marriage, as a comprehensive union ordered to family life, requires a man and a woman. And they argue for the great social benefits of enshrining this principle in law.

Most compellingly, they show that those who embrace same-sex civil marriage leave themselves no firm ground—none—for not recognizing as marriages every relationship type describable in polite English, including multiple-partner (“polyamorous”) sexual unions.

Finally, What Is Marriage? decisively answer common objections: that the historic view is rooted in bigotry (like laws forbidding interracial marriage); that it is callous to people’s needs; that it can’t show the harm of recognizing same-sex couplings, or the point of recognizing infertile ones; and that it treats a mere “social construct” as if it were natural, or an unreasoned religious view as if it were rational. 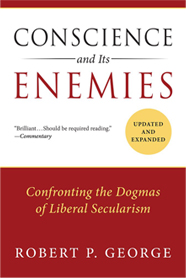 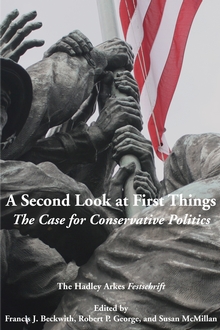